Todd Young, U.S. Senate: in early September, ABC endorsed Todd Young for U.S. Senate. A strong supporter of ABC, we are confident Senator Young will support our issues in Washington. Not only familiar with our cause, Senator Young has spent significant time with our membership and association, whether at the ABC facility in Indianapolis or at our annual Legislative Dinner in Washington, D.C.

Eric Holcomb, Governor of Indiana: in late September, ABC hosted a fundraiser for Eric Holcomb for Governor. Familiar with ABC issues, Governor –elect Holcomb repeatedly voiced his support for the association, especially in workforce development. Along with his Lieutenant Governor, Suzanne Crouch, ABC is pleased to see progress continue in Indiana.

Congressional Elections: Trey Hollingsworth, District 9, Jackie Walorski, District 2, and Jim Banks, District 3. ABC endorsed and supported Hollingsworth throughout his campaign. A true believer, Hollingsworth will promote the principles of Free Enterprise throughout his district. Congresswoman Jackie Walorski was re-elected to continue serving Indiana’s 2nd District. Congresswoman Walorski has strong relationships with ABC members in her area and has also devoted time every year to attend our annual legislative dinner in Washington, D.C. The election of Congressman Jim Banks to Indiana’s 3rd district, a loyal friend of the association, secures the interest of ABC in Washington.

Most notably, the flip of the Kentucky House of Representatives to a Republican majority was an incredible victory. Pro-Merit Shop initiatives, brought forth by the Senate, such as PLA reform, Right to Work, and Prevailing Wage repeal were continually extinguished in House.  In the excitement that surrounds the upcoming session, ABC is working to secure strategies and plans to support any pro-Merit Shop legislation that may be brought forward. Watch for political updates issued by the Association in your inbox!

Congressional Appointments: re-election of Andy Barr, District 6, and election of Jamie Comer, District 1. Andy Barr has been a long-time supporter of ABC in Kentucky and a frequent attendee at our legislative events. Jason Nemes was elected to the Kentucky House of Representatives (R-33). Jason had been involved in earlier Right to Work efforts as an attorney and will be a strong voice as an elected leader.

All the time, PAC investments, free enterprise funds from ABC, and member’s direct involvement of their own resources, resulted in the successful election of all but one candidate who received our support. Our only loss was that of Representative Connie Eckert (IN). This is an incredible testament to the efforts of the association and its members to promote the Merit Shop agenda! 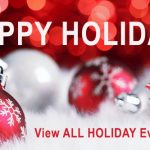 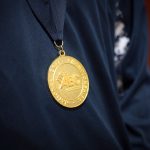