Blog - Latest News
You are here: Home1 / Frontpage Article2 / More Than a Century of Safety: The Legacy of Edward W. Bullard

Promoting both awareness and action in support of occupational safety and healthy workplace culture, World Day for Safety and Health at Work was established by the International Labour Organization (ILO) in 2003. Observed each year on April 28, there is perhaps no better day to reflect on the importance of those whose work has made us safer.

The National Inventors Hall of Fame® (NIHF), honors some of the world’s greatest inventors, many of whom have contributed significantly to the health and safety of workers. Among these inventors is Inductee Edward W. Bullard, creator of one of the most essential pieces of protective equipment for any construction site: the hard hat.

Edward W. Bullard was born in 1893 in Las Vegas. A graduate of Lowell High School in San Francisco and the University of California, Berkeley, he served in the cavalry of the U.S. Army and was stationed in France during World War I. Bullard served for nine months and achieved the rank of lieutenant.

When he returned home, he joined E.D. Bullard Co. in San Francisco, which had been founded in 1898 by his father, Edward Dickinson Bullard, to sell carbide lamps and mining equipment.

Bullard soon noticed a common hardship for miners: they had no head protection from life-threatening falling debris. Thinking back to the “doughboy” helmets he and fellow soldiers had worn in France, he was inspired to develop a safety helmet for miners and others engaged in dangerous work.

In 1918, Bullard began turning his idea into a reality.

To create this new helmet, Bullard used overlapping layers of sturdy canvas, which were steamed for temporary pliability before being secured together with glue. He then covered the inside and outside shell with water-resistant shellac for added strength and durability. Finally, he added leather to the front and rear brims.

Bullard had created the world’s first commercially available industrial protective head gear. He called it the Hard Boiled Hat®, referring to the steam used in its manufacturing process. It was patented and entered production in 1919.

AN INVENTION BECOMES AN INDUSTRY STANDARD

The Hard Boiled Hat’s recognition among work zones soared during the major construction projects of the 1930s.

The construction of San Francisco’s Golden Gate Bridge was a defining industrial project of the Great Depression era, and those who built it faced significant risk. Golden Gate Bridge engineer Joseph B. Strauss, who had committed to implementing new safety standards, contacted Bullard Co. to request that the company adapt its protective helmets for bridge workers. Bullard modified his original mining helmet to create a durable industrial hard hat that would mitigate the danger of falling rivets on the bridge.

Also in 1933, Bullard Co. offered its first aluminum hard hat, as well as its first fire helmet, which was based on the Hard Boiled Hat design.

The significance of the hard hat has been reinforced over the decades. In the 1940s, Bullard Co. introduced the well-known three-rib hard hat design and the first fiberglass fire helmet. In the 1950s, the company created the first thermoplastic hard hat and opened a molding department to manufacture plastic helmets.

Since the early 1970s, when the Occupational Safety and Health Administration (OSHA) began requiring workers to wear hard hats on job sites, the number of worker deaths has significantly decreased, underscoring the immense importance of Bullard’s invention.

Of course, hard hat safety advances have not been confined to the previous century. In the past two decades, Bullard Co. has created TrakLite®, the first integrated lighting system for fire helmets, the lightest blast helmet on the market, and the AboveView Hard Hat, which features a transparent visor.

In 2019, Bullard Co. celebrated “100 years of head protection,” commemorating the invention of the hard hat.

Approximately 6 million hard hats are now sold annually. Bullard Co., which is in its fifth generation of family ownership, continues to produce hard hats and other essential protective gear for workers.

Both a symbolic and physical representation of workplace safety standards, the hard hat is an invaluable piece of protective equipment at worksites worldwide—and it all started with a veteran’s commitment to making workers safer.

For more stories of Hall of Famers whose innovations have set standards and shaped industries, we invite you to visit the NIHF blog. 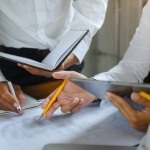 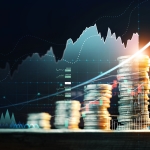 ABC hits out at US Inflation Act
Scroll to top