ABC Newsline
You are here: Home1 / About Us2 / ABC Newsline3 / Frontpage Article4 / What the 117th Congress Means for Construction

As was the case for President Trump’s first two years in office, President-elect Biden’s party will have a majority in both chambers of Congress and, as the new administration tackles the ongoing COVID-19 pandemic, as well as many of its priority issues (some of which directly affect the industry), the 117th Congress will play a vital role in the administration’s ability to act on its campaign promises for the next two years.

On Jan. 5, 2021, Georgia voters returned to the polls following indecision on Nov. 3, 2020, regarding whether Republican U.S. senators David Perdue and Kelly Loeffler would retain their seats or lose them to Democratic opponents Jon Ossoff and Raphael Warnock, respectively.

As the special election winner, Rev. Warnock will stand again for election to a full six-year term in 2022. Sen. Johnny Isakson (R) was elected to this seat in 2016 but resigned due to health reasons at the end of 2019. Gov. Brian Kemp (R) appointed Loeffler to replace Sen. Isakson to serve until the outcome of the special election, which determines who would hold the office for the balance of Isakson’s initial term in 2022. Ossoff won the in-cycle seat, gaining a six-year term and will stand for reelection in 2026.

The election of Ossoff and Warnock marks the first African American senator to represent Georgia, the first time two Democratic senators to represent the state since 1992, and an even split in the Senate with 50 Republicans, 48 Democrats and 2 independent senators who caucus with Democrats.

These Democratic victories in the two runoff campaigns, made necessary under a Georgia election law that requires majority support to win office, will effectively clinch the narrowest possible majority for Democrats in the U.S. Senate, allowing for command of both chambers of the 117th Congress after retaining control of the U.S. House of Representatives after initially winning the lower chamber in 2018.

As President-Elect Joe Biden prepares for his first day in office on Jan. 20, Vice President-Elect Kamala Harris will assume the role of president of the evenly divided Senate and would cast tie-breaking votes, giving Democrats functional authority of the upper chamber.

However, despite a 50-50 split, Democrats have an edge in passing their priority legislation and approving contentious nominations with Vice President Kamala Harris serving as the tie-breaking vote.

Congress by the Numbers

For the fourth time in U.S. history, the Senate faces its narrowest possible majority, and Democrats will maintain control of the Senate for the 117th Congress. As a result, Senator Chuck Schumer (D-NY) will take over as majority leader from Senator Mitch McConnell (R-Ken.), who has served as majority leader since 2015.

In the House, the Democrats’ slim, eight-seat majority does not bode well for their ability to pass sweeping legislation, as they did in the previous Congress.

Additionally, several Democratic members have maintained key leadership positions within the House, such as Rep. Nancy Pelosi (D–Calif.) as Speaker of the House and Rep. Bobby Scott (D–Va.) as chair of the Committee on Education and Labor. However, due to in-fighting between the progressive and moderate wings of the Democratic party, the administration may have to seek bipartisan support to accomplish many of its legislative goals.

Looking Ahead: Industry Priorities for Congress

Many of the major issues that were not resolved in the 116th Congress will likely continue into the 2021-2022 session—specifically, the Democrats’ attempts to pass the Protecting the Right to Organize (PRO) Act, a $1.5 trillion infrastructure bill and both parties’ hopes to pass additional COVID-19 relief.

Since its introduction, various business organizations, hundreds of which are members of the ABC-led Coalition for a Democratic Workplace, have opposed the PRO Act for its violation of privacy rights and diminishment of freedoms for workers and small businesses across the country.

On Feb. 6, 2020, the House passed the PRO Act by a vote of 224 to 194, with five Republican votes for the bill and seven Democrat votes against it. Despite the large margin in support of the House bill, 41 cosponsors for the Senate companion bill and the Biden administration openly supporting passage of the PRO Act, Senate Democrats may face hurdles maintaining party support in order to pass this bill (or similar legislation) if introduced during this Congress.

Touted as one of one of the Biden administration’s priority issues, passing a comprehensive infrastructure package will need bipartisan support to advance through both chambers and onto the president’s desk; making sure to incorporate the bipartisan provisions included in Senate infrastructure bills during the 116th Congress could lead to passage.

Continuing from the previous Congress, the biggest issue at hand for both chambers will likely be providing additional COVID-19 relief. President Trump signed a relief package into law, narrowly avoiding a government shutdown, at the end of the 116th Congress. The legislation, which combines $900 billion in COVID-19 aid with government funding through September 2021, was passed by large majorities in both houses of Congress on Dec. 21.

Through the U.S. Small Business Administration’s Paycheck Protection Program, the construction industry received roughly 12% of PPP loans, totaling more than $65 billion in relief, through 2020. Fortunately, the relief package most recently signed into law included an additional $284 billion for the PPP, critical tax deductibility of these forgivable loans, funding to allow the hardest-hit small businesses to receive a second forgivable PPP loan and expansion of loan eligibility to certain 501(c)(6) organizations.

As the new administration takes on various workplace safety issues related to COVID-19 and will likely reverse many of former President Trump’s deregulatory accomplishments, Congress will play just as important of a role in having a lasting impact on the industry.

With a razor thin majority in both chambers, Democrats will need Republican buy in on their legislative priorities. While the question lingers as to whether Senate Democrats will attempt to overrule the 60-vote threshold to end the filibuster and gain a two-year majority rule, the 2022 midterm elections are already on the horizon and Democrats will certainly face an emboldened Republican effort to take back the House majority lost in 2018 (as well as the newly lost Senate majority). And if past is prologue, Republicans will be favored to do just that, as the party occupying the White House typically loses seats in the midterms. 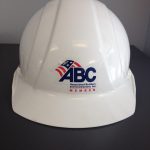