Spending on nonresidential buildings picked up momentum toward the end of 2022, with gains approaching 10% on an annual basis. Much of the increase was the result of materials and labor costs, but still, the results were encouraging given macroeconomic headwinds such as inflation, rising interest rates, and weak consumer sentiment scores.

This year is expected to produce further growth in construction spending, but at a more moderate pace. Overall gains in spending are projected at just under 6%, with almost 3% for the commercial sector, 15% for industrial facilities, and 4% for institutional buildings. Next year, growth in spending is forecast to slow to under 1%, with a decline of 1.4% for commercial, a modest 0.4% increase for industrial, and a 3.8% increase for institutional facilities.

An unbalanced year for construction in 2022

While the spending gains this past year were impressive, they also were uneven by sector. The commercial/industrial sector increased by over 15%, as did retail and other facilities (which includes distribution), spurred on by strong gains in manufacturing, Manufacturing gains have resulted in large part due to reshoring efforts by U.S. companies. The Reshoring Institute estimates that reshoring and other foreign direct investment in the U.S. produced 350,000 manufacturing positions in 2022, almost three times the average of the prior decade.

The distribution component of the retail category has seen the strongest growth of any major building sector over the past decade. Due to explosive growth in e-commerce, the construction of distribution facilities has increased by nine-fold over this period, compared to just over 50% in overall gains in spending on buildings.

The other two major commercial building categories – offices and lodging – essentially saw no gains last year as both sectors were still adjusting to the reduction in demand during the pandemic. The institutional categories saw only very modest spending growth last year, with healthcare and amusement/recreation being the only major sectors with increases of 5% or more.

Even though the pace of growth is slowing, there continues to be dramatic increases in input costs for construction projects. The most recent figures from the US Department of Labor estimate that input costs increased almost 10% over the past year. While very high by historical standards, this growth rate is only about half of its growth pace in late 2021.

Entering 2023, the construction industry will be confronted with mounting challenges. In addition to high levels of inflation, rising interest rates, and continued supply change issues, many economic forecasters expect a recession this year, likely in the first half. While that will certainly impact the construction outlook, it will do so with a considerable lag. Most projects already underway as the slowdown hits are likely to continue to completion, and the Associated Builders and Contractors reported that backlogs at contractors were averaging nine months in late 2022.

Still, signs of a construction slowdown are emerging. The American Institute of Architects’ Architecture Billings Index fell below the significant 50 threshold in the fourth quarter of last year, indicating a decline in billings nationally. Research conducted by the AIA determined that the lead time between design activity and construction activity runs in the 9–12-month range, suggesting a slowdown in construction spending some time around the third or fourth quarter next year.

Despite strong revenue growth last year, architecture firms have modest expectations as to how much revenue will increase this coming year. After reporting average revenue growth of almost 7% last year, projections for this year were lowered to below 1%, with 30% of firms expecting a revenue decline of 5% or more. Multifamily residential firms are expecting the steepest revenue declines, while institutional firms are anticipating growth about twice the overall average for the profession.

The members of the AIA Consensus Construction Forecast panel have a similar outlook in terms of the performance of key sectors this year. While overall growth is expected to be almost 6%, the commercial sector is expected to see the weakest gains at 2.6%. Spending on institutional structures is projected to increase over 4%, and a whopping 15% for industrial facilities.

However, the institutional sector is projected to keep the overall nonresidential building market in the growth category. The 4% expected growth for 2023 is projected to fall only modestly to just below 4% for 2024. The two key pillars of the institutional market – health care and education – are both projected to have relatively healthy years with growth in health care spending slowing modestly to 3.2%, and education accelerating to 4.6%.

Reconstruction work on the rise

Over the past few decades, there has been a steady increase in the share of revenue at architecture firms coming from reconstruction projects – renovations, retrofits, building additions, and historic preservation. Part of this derives from an expanding interest in sustainability – fixing up an older building is more environmentally sensitive than tearing that building down and constructing a new one. However, fundamental economics and demographics likely play an equal or greater role. Slower population growth in recent years and the resulting slower growth in the economy means that we don’t need to expand our building stock at the pace we did a decade or two ago.

We’re seeing this increased growth in the reconstruction share across all major building categories. Architecture firms reported that in 2021, 62% of their revenue from commercial and industrial facilities came from reconstruction projects, up from 38% 15 years ago. Institutional work has seen a similar trend, with revenue from reconstruction projects rising to 61% from 38% 15 years ago. The residential sector is starting from a lower base, with remodeling work accounting for 40% of billings in 2021 from a level of 26% 15 years ago. This does not imply that that homes are not remodeled as much as buildings, but rather that much of the redesign work in this sector doesn’t occur at architecture firms.

It’s likely that the pandemic has provided a boost to reconstruction activity. Many building uses have changed  substantially with the pandemic as consumer spending behavior has evolved. An AIA survey last spring found that adaptive reuse and conversion was the single most important goal of reconstruction projects at that time, accounting for over a quarter of all reconstruction work. Basic interior modernization and tenant fit outs were the next most popular goals, accounting for just under 25% and just under 18% respectively. If a soft economy, high inflation, and high interest rates make more construction projects less feasible in the coming quarters, we can expect continued growth in the share of work coming from reconstruction projects, and a buffer against a more serious setback for the profession. 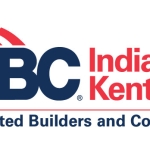 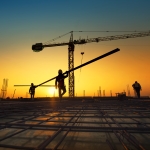 ABC: Construction Employment Up By 28,000 in December
Scroll to top